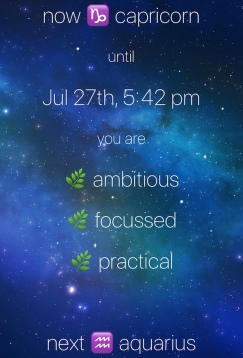 I love reading what this app tells me I am. Focussed! Alright! Yes! I’m ready! But also practical! I like that. Ambitious. Yes. Yup. I’m with you.

(I love that anyone anywhere in the world would likely read this description and think, yes this is soooooo me.)

Speaking of ambitious, are you a big list writer? I have huge lists of things I want to get done and buy and posts I would like to write. I have an embarrassingly long list of partially done drafts I need want to get through to finally post them. But as can happen wife gets in the way. That’s right, I get in my own way – I’m working on my follow through. One of my biggest stumbling blocks is those darn danging lists! They get longer and longer until I just feel totally overwhelmed. On other days I get in the “that’s it! today is the day I tackle everything I wanted done” mood and tadaaah 9.3/10 times* that is the very same day that nothing goes according to plan. Time to just breathe and go with the flow. Easier said than done when you’ve been looking forward to crossing things off a list.

As if I needed any more lists, I made a new list called My Contingency List. When it turns out nothing is going to plan I pull this out.

That is the list. I can add anything else to it but the only things I MUST MUST MUSTTTTTTT do is these two. Once I do the first two items I find I’m not so attached to anything else I previously thought had to be done. Life feels a whole lot easier and happier after that.

Even just thinking about a yoga posture can have a calming effect.

Something interesting often happens too – what I thought was stopping me from getting to whatever else I wanted to do suddenly dissolves. I end up getting more things done. For example, The Child (TC) usually has a nap around midday and I think of that time as my run around in a frenzy trying to tidy things away, shower, shave my legs, prepare lunch, prep dinner, read, relax and a million other things to be squeezed in if possible. All this requires the nap be LONGISH. But on a day like today I was out running errands and the nap was 30 minutes. Our window of time had closed for the day. Not the end of the world, I can do some things just not all the things and not to the extent I would if I were on my own. I think a lot of mums understand.

I was talking to my mum about this whole trying to let go of expectations business and THE LIST. What am I even doing? Living in the shadow of these things I need to get done or else I can’t be happy?! Again I totally think a lot of mums and just everyone in general understands this idea.

Out came the contingency list. I did some yoga for spine health with TC doing downward facing dogs that turned into roly-polys (I know, WHAT A SHOWOFF). I like this yoga set because I can do it seated haha. How quickly I go from a productive mood to lazy mood! If you have never done this set of exercises be warned, you can get a little sore afterwards!

After that I did a short meditation to clear subconscious blocks. To do this, I pick a happy song, set my intention to clear any obstacles and infuse everything with positivity, and then I sit, smiling and clapping my hands to the song. The hand clapping is partly to keep TC engaged but also it feels hard not to be cheerful when you are clapping away. I also played this track I really like for humming Om to. 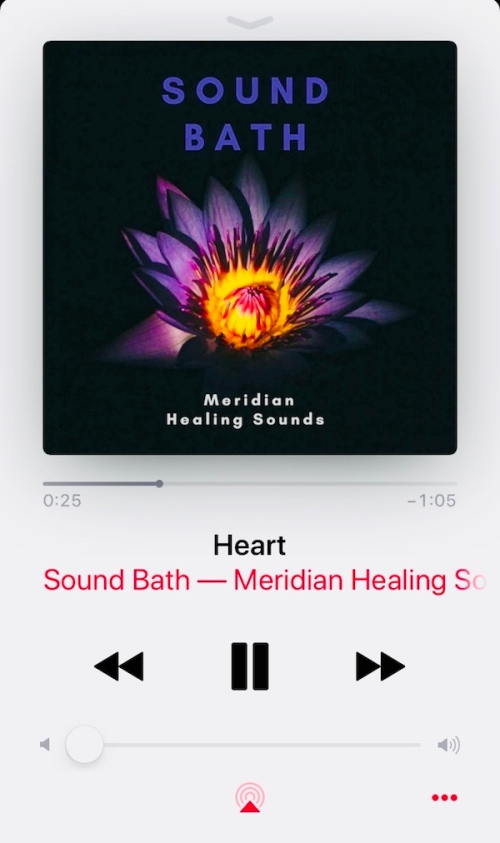 After this I just felt really good about going where the day took me.

The day took me on  a walk to brunch. 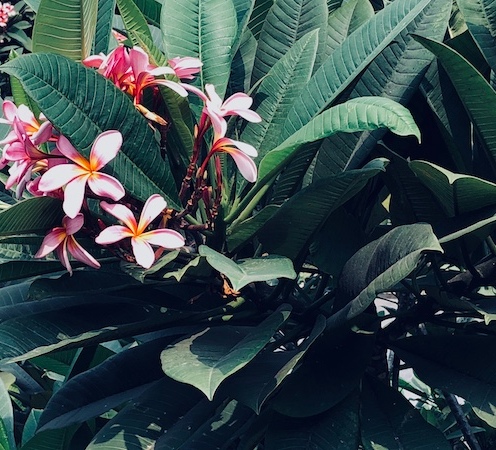 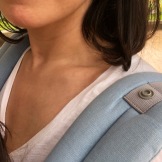 And later it turned out TC wanted an afternoon nap so I even got to chop loads of veggies to stir fry when TC woke up. We make our dinner together as part of our evening routine. It is just as well because one evening I was so flat out trying to do everything that after washing the rice I was about to walk off without pushing the lever to start the rice cooker. If TC hadn’t been gesturing at the rice cooker we would have been riceless. Riceless! *shudder*

I tried out my Joseph Joseph noodle maker thingy again and again it was a just the most disappointing thing ever. Totally does not work for me. It’s just a really expensive container now.

I’ve been really into eating as many colour vegetables as possible. I keep calling my veggie stir fries “chakra stir fries”. Technically they are. 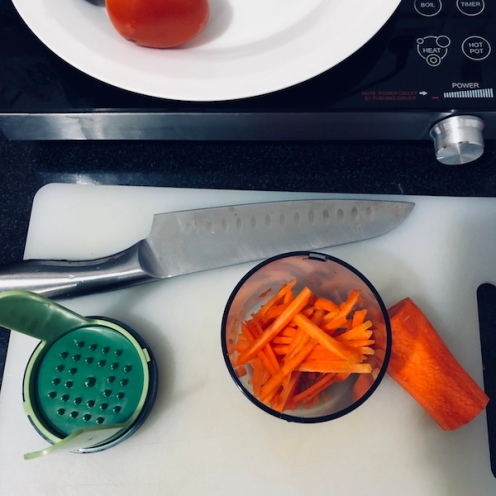 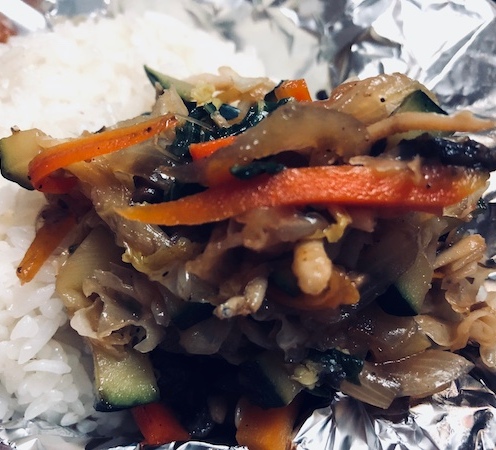 I’m pretty happy with how the day turned out.

* Not a real statistic but golly it feels that way

Green eggs and ham
finished teaching last class of the week 🧉 dinner, maybe a tea and bed 🌙
A realistic #thatgirl or more accurately #thatmum aesthetic reel 😂
Screenshot of my photo library and my aura piccie 🤙💕
After this I really need to unpack my last suitcase, I think my hairbrush is in there. And then I'll cook rice for dinner. Go for a walk. Review some notes. Etc etc
Back to figuring out a few more practices. I'll try to upload this one on my website over the next few days so you can add it to your life 💕✌🏼
.
Checking in, how you doin'
Festive stretch ♾ if you could please just do some stretching today just for five minutes, that would be great for all of us. And drink water.
Loading Comments...
%d bloggers like this: